10 most interesting museums of Ukraine

Imagine the country with melodious language, beautiful nature, kind and talented people, rich culture and traditions that existed for a thousand of years. Its Ukraine! You will have no regrets after visiting it! You will enrich your mind and soul, admire every single step of the journey looking at architecture of different epochs, listening to the history or secrets of places, you visit, speaking to our people. It charms you with its special beauty – whenever you go – East or West, South or North – everywhere you will find something special.

If you are eager to see something unusual and tired of watching standard touristic places, then this article is for you – Ukrainian cities are full of mysteries and riddles. Just open it with us!

Here are top-10 museums, in which you will be lost in time and relax :

1) Museum of cosmonauts and ufology in Kharkiv.

The Cosmos (Space) Museum was opened a few years ago in Kharkiv (1.6 mln.people city) and became the first and the only exhibition of ufology with cosmonauts in whole Ukraine. Museum’s exposition is indeed exclusive. Rare materials tell the history of cosmonauts and reveal the most obscure mysteries of the universe. The larger part of the exhibition is focused on UFO study. There you can see 4-meter high models of kind of Hollywood aliens and models of flying saucers (UFOs). It also offers ambiguous lectures about life in the universe, flying saucers and space mysteries.

It is first ukrainian museum of sound, in which unique copies of audio, equipment and media are presented from historical rarities to the latest sound-representative systems. This collection counts more than fifty thousand rare examples of musical equipment and instruments and also a great amount of vinyl and gramophone discs, audio messages and documents related to the history of sound in Ukraine. There is musical box of XIX century, “Victrola”, gramophones, phonographs from the beginning of XX century, microphones of Stalin, Steve Wonder, Leonid Utesov among the expositions.

“Salo” is the world’s first museum of the famous Ukrainian product, where fat is not just a means of meeting the human needs, but it is also the specific character of irony and mockery of glamour. For us “Salo” is a certain concept and paradigm in art, it is a unique art project, which is an exhibition of art by contemporary artists and platform for acoustic concerts of famous musicians and bands, this boutique branded souvenirs. “Salo” welcomes people who are tired of the stereotypes imposed by fashion and who wants to relax in the company of modern society! 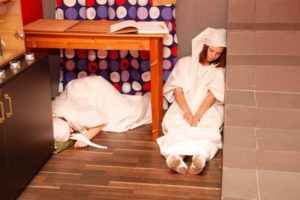 If you are in a great interest with interpreting the meaning of dreams, the Kiev’s Museum of dreams is definitely for you. You wouldn’t find the usual expositions there. Visitors are by themselves exhibits, explorers and participants of those magical action. During the excursion all the guests are deeply immersed into the world of dreams – they see their dreams and dreams of famous people and learn, how to listen their subconscious. There is also a box, which keeps dreams. Everyone can describe his vision like an essay or draw a picture and put it there. There is an office of psychoanalysis, linguists club, showroom and shop in the museum. Somnambulist-guide also can catch your attention as well as your own nightmares and dreams. Visit thematic exhibitions, take part in workshops on psychoanalysis – you would never be bored there. 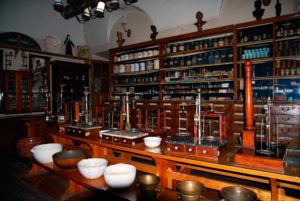 It looks like a usual pharmacy which serves traditional medicines. However, if you drop into basements, you will discover originally decorated rooms where you will see a huge collection of rare exhibits. They were collected by enthusiastic collectors and pharmacists . The most interesting exhibits are drying wardrobes, antique recipe book of Lviv druggists, all kinds of presses, old machines for cutting herbs, XIX century’s printing press for making labels. Over and above, there is a collection of ancient ware for keeping medicines, ampoules and medications, equipment etc. By the way, the museum also offers an original souvenir: so called ‘iron wine.’ This potion is enriched with iron and raises the hemoglobin level in blood along with improving appetite .

The Holomodor Memorial Museum in Kiev pays public attention to the most tragic event of Ukraine’s national history – the fake-starvation of people as a deliberate act of genocide against the Ukrainian people. It is an integral part of Kiev’s cityscape as it is noticeable from many public places situated on both banks of the river. The memorial which is situated in the beautiful Park of Glory attracts thousands of tourists and locals every day. It consists of “The Candle of Memory” ,that is the first that catches your look – it’s a high construction that has a shape of a candle where the museum is situated. It contains a documentation center with spaces for archives, conferences, exhibitions and research facilities. A bronze sculpture of a girl clutching some grain ears, a sculpture of several angels and an alley of black plates are also parts of the memorial! Come here to see the results of one of the most terrifying crimes against humanity and keep it in your memory for good, because this should never happen again.

Antique Retro Car Museum Phaeton in Zaporizhzhya is unique museum of classic and vintage cars in Ukraine. Museum’s exhibition counts more than 60 pieces of antique cars and motorcycles production in period of 20-60s of the last century located in pavilion with area of 2000 square meters. The exposition of the museum is divided into several parts: Soviet Union pedal cars for children, American cars of 50-70s, Soviet Union car-toys, motorcycles with sidecars, Soviet Union cars for disabled people, motorcycles, USSR military trucks and cars, the U.S. military trucks and cars. And there is one more surprise here for all hippie-lovers – the restored model of VW Transporter T2 – a symbol of endless freedom, love and travel! 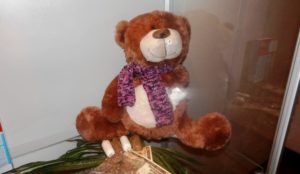 If you are enjoying your Odessa tour, you should find The Museum of Smuggling. The new museum, created by local ethnographer, is a private one and is located in four rooms of cellar. There are 150 exhibits, confiscated by custom officers since Odessa was founded and till now. Dishes and plates from cocaine, cocaine hidden in the deck boards, car doors, in which 1500 cigarette packs were walled-up, drugs in bread and gas masks.

Here you can also meet ordinary household items which in Soviet times was prohibited goods. There are discs, cosmetics, furs, sun glasses, umbrellas, markers. The last item of the exposition is a copy of car doors with a place for hiding 1,8 millions dollars cash that were excluded on the Ukrainian-Moldavian border by custom officers and boarder guards.

During the excursion visitors will hear the detailed story of each item, that is kept there. And of course this exposition is being updated regularly.

This museum is located on the territory of the biggest European cognac factory. You would be impressed from the door : the whole lobby ceiling is decorated by the luster with 20 thousand of Shustoff bottles in the shape of a bell. Museum halls are situated in cognac cellars, which border with catacombs. Especially valuable exhibit of this unique collection is a real alembic for spirits distilling of the late XIX century manufactured by French factory Pruhlo. Try the cognac (by the way loved by Churchill) you can during the special tasting.

The museum becomes real center of Odesa’s cultural life, that offers a wide range of art-events. According to the new tradition the most interesting chamber music performances, exhibitions, film watching and meeting of different artists. There was unique shop with souvenirs and presents created in a museum. You can buy original presents and authentic souvenirs from Odessa – right cognac goblets, tulips, carafes, copies of ancient ashtrays etc. And of course the full range of production of the factory. 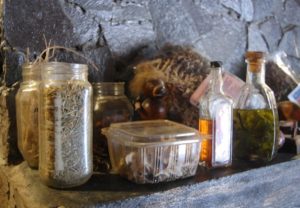 Let’s start from the mystic. You should probably hear about Carpathians’ wizards – molfars. Mykhailo Kotsubynsky described them in his authentic novel Shadows of Forgotten Ancestors’ Nowadays the tales about molfars are still alive in Hytsulskiy region – they could divert hail and storm, treat illness with herbs, cure diseases with words, guess the past and predict the future. Locals are telling that some mysterious charmers are still living there. Last year in Carpathians town Verchovyna.

The Museum of Hutsul Magic has been opened. Here you can see the tools of molfars, for example, the stick which was used to save the frog from a snake and now it has a miracle ability: making up the couple which is in a quarrel or the knife which helped to drive away the clouds. All the exhibits were presented to the museum by relatives of the deceived molfars. By the way, they say that these magic abilities are given from generation to generation, so you can meet one of the wizards while visiting Carpathians with Touch Ukraine.