Lviv is a masterpiece of a world level built by many generations of creative inhabitants during long and intriguing history. The destiny preserved for Lviv a role of a hub for whole Eastern and Central Europe where merchants, manufactures and producers from Austria, Armenia, Germany, Hungary, Poland and Ukraine got united in a mysterious mix to bring to reality the best of architecture, urban unique atmosphere and rich history any city in the whole region can provide you.

Lviv is also a city of glorious Jewish culture and entrepreneurship which you can witness today due to newly opened “The Synagogues Space” – which cannot be found anywhere else.

If you want to touch Ukraine’s fancy traditions and gorgeous past – Lviv is the best option for you. It’s the heart of national culture of Ukrainians, it’s most romantic destination and a bridging point between East and West Europe.

What about culinary? Lviv’s gastronomy has always been a cornerstone of its economics and identity. That is why the rich past of the city were necessarily accompanied by the exquisite pubs and restaurants full of delicious meals.
Our tour will give you a real touch of the best of culture. History and culinary of undiscovered charming Lviv. 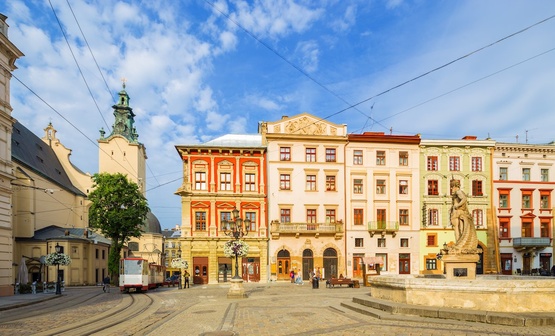 Arrival at Lviv. check in to a hotel.

A guided tour and a breakfast at Kryivka - one of the most visited restaurants in the whole Europe (more than 1 mln people per year). Kryivka is a true replica of Ukrainian insurgents forest shelter, delved under the very center of Lviv's market square. You will see the performances and have an authentic field army food.

A guided tour via old royal Lviv. You will open for yourself the world of Lviv ancient churches, palaces, old coffeshops and manufactures, exciting streets and stories of famous people, who lived there.

Dinner The First Lviv Grill Restaurant of Meat and Justice - you will enjoy your meal in a company of medieval permanence including executioner and judge. You can “decide” someone's fate or even be put in cage and eat meat until justice comes. 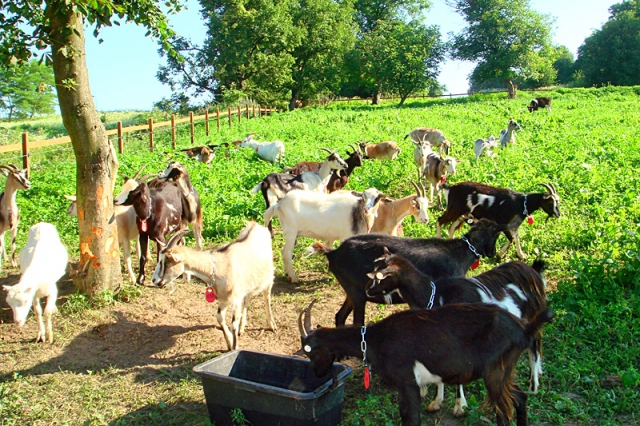 A trip to a goat farm at a village Dmytriv, near Lviv, where you will open the science and practice of cheese making according to old Galician recipes.

You will enjoy a fresh farmer lunch made exclusively from local food.

After a trip you will have a stop Lviv Coffee Mining Manufacture where Lviv coffee is born. It is the only coffee mining where it is extracting underground of Market square in front of the very eyes of visitors. You will have a chance to descend underground to dig up some fresh coffee and see how it is being made for you.

Have a cultural evening at marvelous Opera house or at Italian yard with street bands.

Breakfast at old-school restaurant Dziga.
Take an old Lviv tram and have a guided tour through Lviv underground sites and history. Continue a tour with old rich mansions' discovery - to better understand the wealthy status of Lviv and its inhabitants centuries ago.

Take a lunch at Cafe1, a lovely home-style coffeehouse, and walk to “Vernisage” - a famous souvenir and art market. There you can also try on classic Ukrainian shirt “vyshyvanka”.

Lviv Chocolate Manufacture - take a special chocolate making training and produce a sweet souvenir by your hands with the help of your fantasy. 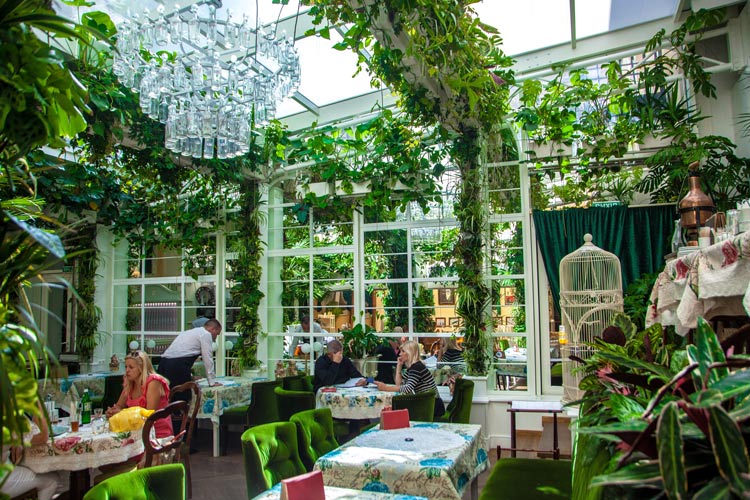 Visiting the most popular and authentic places to eat in Lviv Kryivka, Lviv coffee mining manufacture, Kumpel, Gas Lamp. Mazoch cafe)
Have breakfast at Baczewski's restaurant. Baczewski's family in 1782 created the first factory to launch the mass production of vodka in the world. Baczewski's restaurant and vodka – are the main characters of cheerful Lviv back in the golden times of 1920-1930s, when Lviv was a casino and cabaret center and thus a honey pot for the wealthy from all over Europe.

Take a coffee at Coffeehouse “Bakhchysarai” - a Crimean Tartars cafe which unites the best traditions of Lviv coffemaking experience with Crimean eastern charm and a have a small Crimean coffee ceremony.

Pub roll:
The only theater of beer in the world called “Truth” (“Pravda” in Ukrainian) - is a heaven for beer-lovers. This Beer Theater has been spoken about worldwide as they have brought together the best brewers from Ukraine, Belgium, Czech Republic and the USA. It's the only brewing company in Ukraine that brews beer with fresh hops, elderberry flowers and sunflowers.

Hendelyk BeerCraft - a small pub in Armenian quarter of the old city. You can enjoy craft beer, tasty steaks and a huge assortment of Galicia fruit liqueurs and shots.

Digger-pub «Underground» - here you can feel the atmosphere of Lviv historical underground and wartime shelters.

“Left River Bank” restaurant - based under the Opera House neighboring the underground Lviv river, hidden 120 years ago. The restaurant is truly special and festive place for people interested in art, music and performances.

“Gas Lamp” - a museum-restaurant with a rich collection of ancient gas lamps and special interior.

Have a walk around evening Lviv. 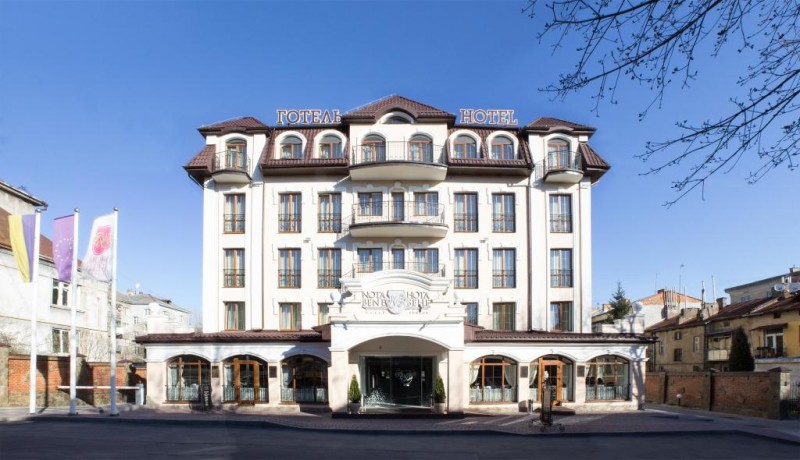 Nota Bene Hotel provides conventional style rooms in Lviv, 3 km from Svobody Prospekt and a 15-minute walk from the Church of Saint Olha and Elizabeth. This hotel offers free Wi-Fi and parking.
Nota Bene Hotel features airy rooms with light furniture. Each room comes with a wardrobe, and a balcony with city view. Modern bathrooms are fitted with a hairdryer and free toiletries.
Guests can enjoy breakfast in the on-site restaurant and order European dishes