What to do in Kyiv with Kids

If you come to Kyiv with children there are plenty of different places, where you can enjoy silence and have your kid being engaged in an admirable journey to different spheres of life. Be sure that it would be interesting not only for children, but also for you. Let your inner child stay satisfied with visiting places from our list: 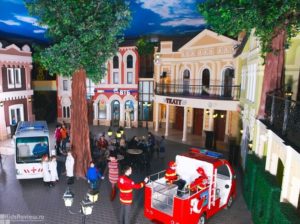 Your child can learn real professions, get the first paycheck in their life, and spend it on games in two different entertainment centers. There are fifty different game spots in Kidlandia, where the kids of the different ages can turn into TV stars, firemen and doctors, bank clerks and dairy farmers, theater employees, and get to know over 100 different specializations. There is also a special separate place for children under 4 y.o. 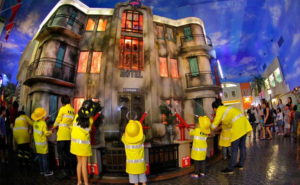 KidsWill – is the first city of professions for kids in Ukraine. Here, each child can become adulthood and independence for some period: to get a passport, find a job, earn money and spend it as they want. As grownups, they will have to decide whom to be and what profession to choose. There is very significant difference – in KidsWill, they can try everything: service in the police, medical practice, and work on the television, and more.

The main objective of the project is to give children the opportunity to express themselves in the different ways, to get the most complete picture of the existing professions, to understand and feel the economy, law basis, and the life of modern society. 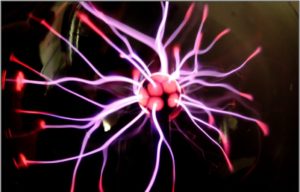 In this museum, your child can sit in the salon of a fire truck, draw a bit using a pendulum, toss a coin into a “black hole”, and blow up a huge soap bubble. There is also a chemical laboratory in Experimentarium, an optical illusions’ hall, and a fun house. You can find examples of different mechanisms and machines that shows possibilities of science and modern technic in different areas of human life. You can also see an exposure of anatomy, “Secrets of Water“ hall, a wide variety of illusions and puzzles, mirror and laser mazes, acoustic room and many other exhibits. Our collection is regularly updated!

4.The museum of toys

There are over 10,000 exhibits collected in the toy museum on the Klonovsky Descent. There are Soviet and traditional dolls, toy cars, an active railroad, construction kits, and board games – a true history of the toys of the XIX century dolls to modern Barbies and Legos. 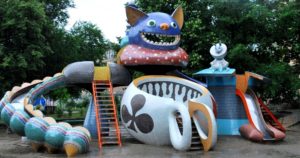 This park was created by well-known artist and sculptor Kostiantyn Skretutsky. He settled on the alley huge cats-centipedes, elephant- fountains, zebras in love and giant sparrows. There is a mosaic wall that depicts kids’ faces, and even garbage baskets look like devil’s bones. Benches there looks like a bunny, a cat and a crow and even a bed.

One more place in the park – is Alice in Wonderland.

In 2010, in the park appeared a place for children “Alice in the Wonderland”. Here are fairy rabbit, Cheshire Cat and magical caterpillar.

It is located in the Kiev Planetarium. You may attend shows in the planetarium on the weekends and in Atmosphere they show movies on a dome screen and hold exhibitions and performances as well. There is also a multimedia attraction park where you can play space hockey, spin the planets in an interactive game, defend from alien invaders, and put together a “space puzzle”. 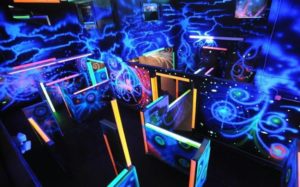 This place is for children between 1 and 9 years old is Shkoder Club with a maze, soft construction sets, and board games. You can bake cakes and dig trenches in Grand Sandbox and after playing they clean the sand of the children’s clothes. On the weekends in the Divarium they do scientific shows as well. They also have Dino park there, the caves of which conceal moving dinosaurs, and an arcade room.

Tunnel under water will impress not only your children, but you too. There are 2 connected rooms. The tunnel is located under water in the depth of 2m. In first room you will be like in pirate ship. But second room shows you all the greatness of the sea world. It is opened water pool above your head. You can touch the glass of aquarium and see starfish, stingrays, sharks, morays, jellyfishes. With sounds of classical music feel the underwater world, that will wonder your whole family and bring you peace and children’s joy.