Castles and Palaces of Ukraine

The real magic can be found not only in famous fairy tales or in old breathtaking legends. It can be quite close to you, hidden in the mysteriousness and gracefulness of beautiful old castles and fortresses. Ukraine is the exact country on the world map where grand old castles and fortresses welcome every guest and casual passer to discover ancient secrets concealed in these magnificent buildings. The Western part of Ukraine retains the most of historical monuments and fascinating castles and fortresses of Ukraine. Tour to Ukraine will help you open the pearls of our country. If you don’t find included some of these castles in our proposed tours on this web-site just contact us and we will craft a tour especially for you.

1.In the beautiful city of Kamianets-Podilskyi, the magnificent castle overlooks an amazing Smotrych River canyon. It is one of the most popular places of interest in the Western Ukraine. Take Touch Ukraine tours to see a part of the Kamenets-Podolskyi outstanding historic Old Town neighborhood, the twelve-tower castle welcomes thousands of visitors every year.

2.Initially the construction of the Khotyn fortress goes back to the Khotyn Fort, which was built in the Xth century by Kievan Rus’ king Volodymyr. It served as the border fortification of Kievan Rus’ state and protected border cities from nomad tribes. Construction on the current fortification started in 14 century. Major reconstructions were made in the 1380s and in the 1460s. The castle is one of the Seven Wonders of Ukraine. 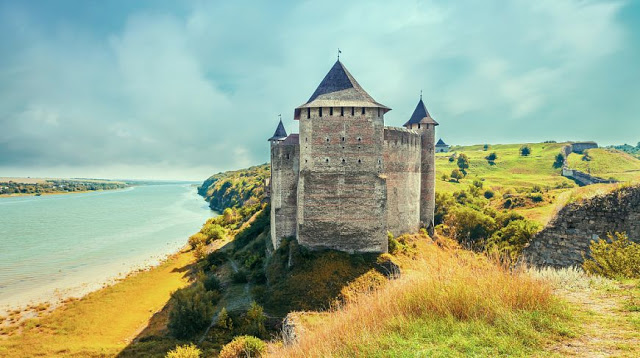 3. Akkerman Fortress in Bilhorod-Dnistrovskyi is the largest fortress in Ukraine. It is not so hard to find as it’s the only fortress in town. The fortress was built in the 13th century by Genoese (Genoans) on the bank of the Dniester river, the place where hundreds years before ancient Greek settlers founded Tira. It was planned to serve as a castle in order to protect the trade routes nearby. In the 13-14th century, the Bilhorod area became a part of Moldova principality, and the fortress was serioualy rebuild and expanded. In the 14th century the Turkish captured the castle and significantly modernized it. The castle is one of the Seven Wonders of Ukraine. In your Odessa tour don`t forget about this Fortress.

4. Make your Ukraine holidays unforgettable and visit a palace, that is special in its kind.  The Shenborn castle in Transcarpathian region has exactly 365 windows, 52 rooms, and 12 doors. Austrian architect who planned that castel was really addicted to a calendar and numbers. There is a small near the building, the form of which resembles the borders of the former Austro-Hungarian Empire. 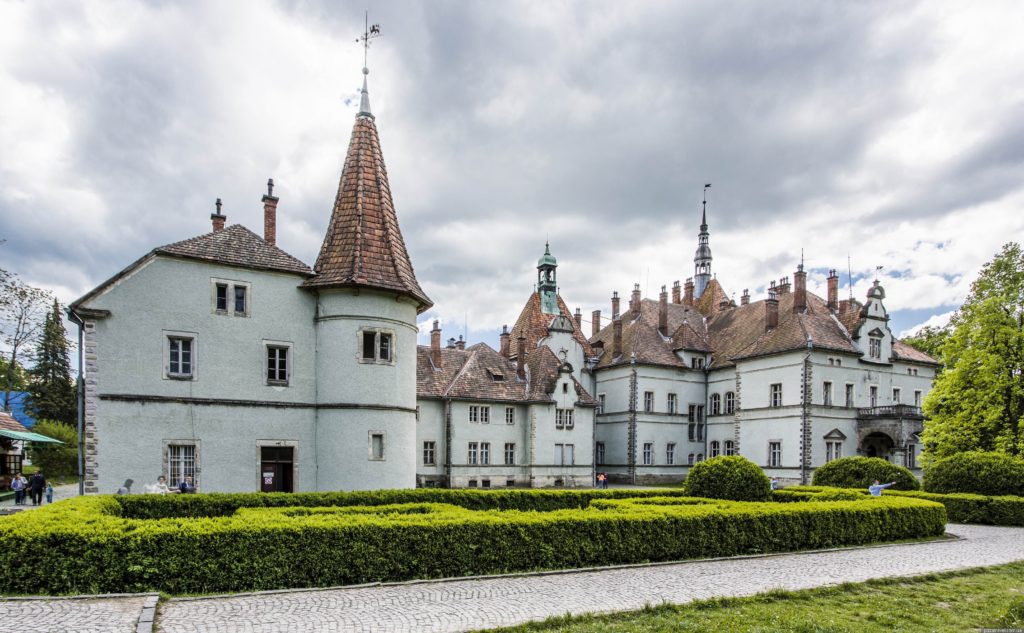 5. The Ostroh caslte is situated on a top hill in the valley of a picterusque river Viliya. It was the capital city of the dukes of Ostroh in the XIV-XVII centuries. The oldest building is named the the Watchtower. It is built in a form of a circle and is rather well preserved till now. Round Tower and Cathedral of the Epiphany on the territory of the castle are noteworthy. In your trip to Ukraine you will remember unusual places, like this. The Cathedral of the Epiphany is located in the castle. It is 563 years old. 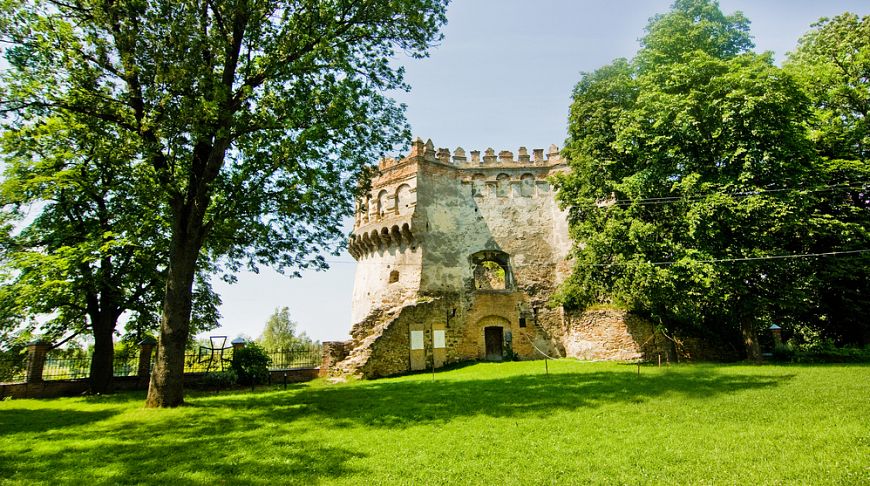 6. Lutsk High Castle, is known as the castle of King Liubart has been founded in the middle of XIV century. It is the most famous sightseeing landmark of Lutsk. Moreover this castled is depicted on the 200 hryvnia banknote. A lot of festivals and folklore events usually take place there during the whole year. You can visit Lutsk by ordering our best tour – Ukraine Grand Discovery trip.

7. The Residence of Bukovinian and Dalmatian Metropolitan in Chernivtsi (Ukraine) was founded in 1864-1882 thanks to the amazing Czech city planner and architect, Josef Hlavka. The Residence is now the main buidling of Chernivtsi University, but fortunately was included into a UNESCO World Heritage list in 2011. The buildings has approximately 100 meters deep and 70 meters wide. It’s so massive and impressive, that a few modern Ukraininan movies has been shooted on the territory of the residence.

8. Finish your Lviv tour in the Pototskyi Palace in Lviv, which has benn built in late 19 centruy as an urban seat of Alfred Jozef Potocki – former Minister-President of Austria. It was the grandest palace of a nobleman in a city for that time. Even now it looks so fancy that tourists often ask, is this a residence of a French king (as it resembles Versailles architecture). The palace is performed in Beaux-Arts style by a famous French architect Louis Dauvergne. After Ukraine’s independece it’s a place for Lviv Art Gallery museum.
In 2016 the Potocki palace hosted Women World Chess Championship. 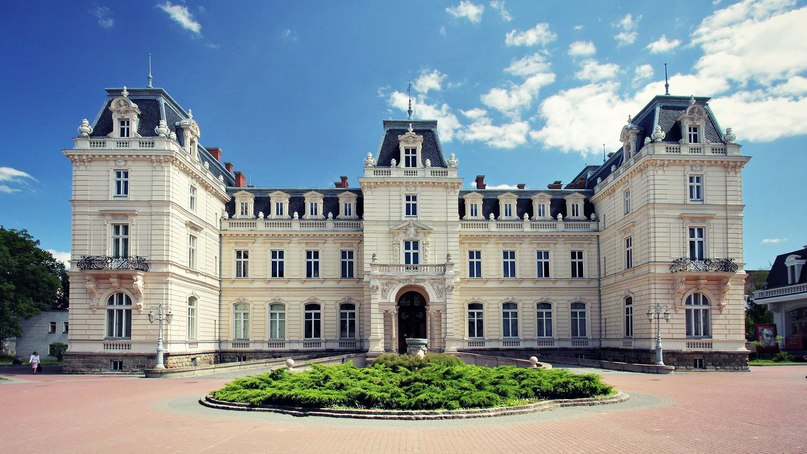 9. Pidhirtsi castle is a château style castle and fortress situated near Lviv in a village Pidhirtsi. It was designed and built by Guillaume de Beauplan in 1635–1640. The castle belonged at that time to the Polish-Lithuanian Commonwealth and it is considered to be the greates example of a palace-garden complexes in the eastern part of Europe. The castle is built with brick and stone method and was planned in the style of “palazzo in fortezza”. It is situated on the height of 399 meters on the hill over the Styr river. It is regarded as the most precious underestimated historic sight of Lviv region. 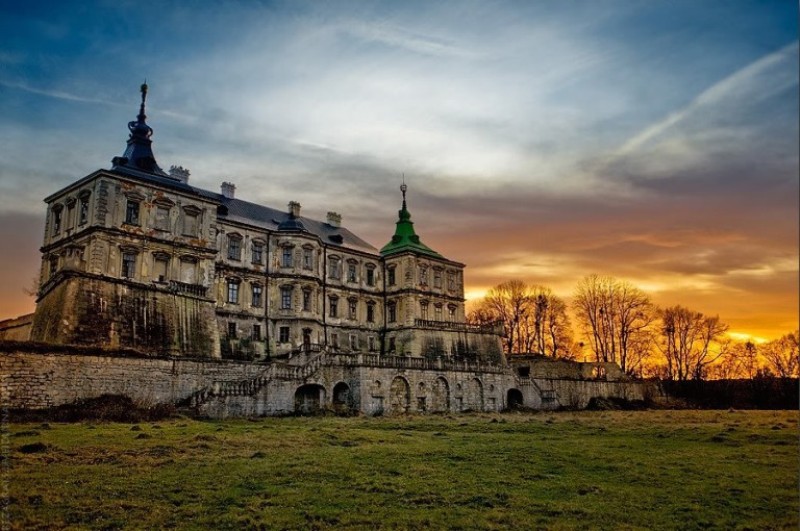