Traditions are inalienable part of nation. Ukrainian traditions are one of the most ancient and … Customs are for the nation like the air. As long as young generation remember and keep all traditions, till then live the nation. Meet five strange Ukrainian holiday traditions that can still be saw – and participated in tour of Ukraine.
All Christian holidays go with some traditions. The most mystique festival is Kupala feast. At this holiday all young people to kindle a fireside and jump over the fire. Fireside of Kupala has magic power. If lovers will jump together, they will be together all their life. 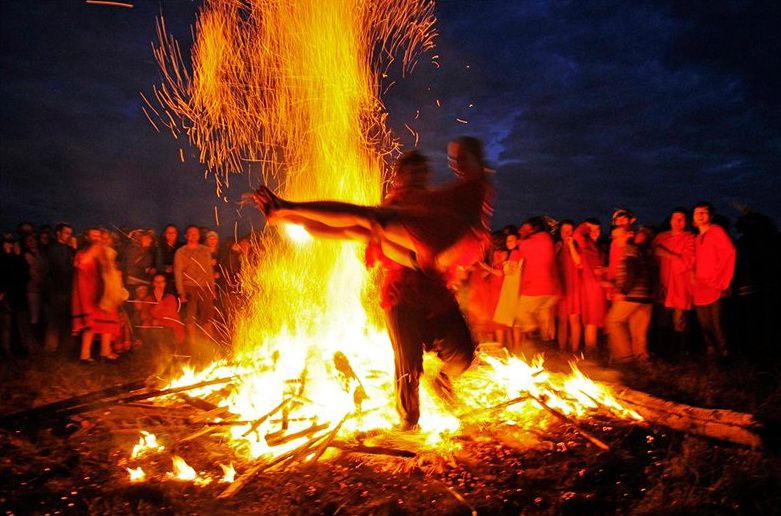 Girls make circlets of flowers and put them on the water. Boys catch this chaplet and think that it is their fate. Traditions of Kypala feast are very long-drawn and interesting. In the past this holiday was the way to find your love. In our days young people like this holiday, because this night can change their destiny and they can feel old spirit of Ukrainian nation. Have unique chance to meet true witch in your Ukrainian tour. Ukrainian witches usually celebrate their “sabbath” on the Ivan Kupala’s Eve, when the moon is full and all spiritual forces come close to people. 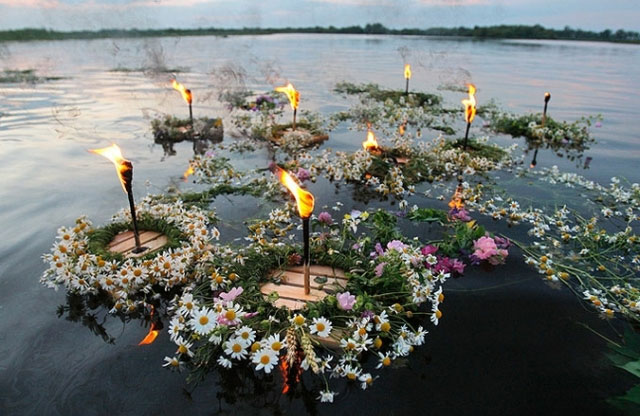 The most long-awaited feast for girls is St. Andrew’s Day (December 13th). Tonight girls want to know, who is their one’s promised. They tell fortunes. There are more than 100 different ways to sorcery. The most strange and mystic is to stand opposite to the mirror, to take the candle and in full darkness to ask the mirror 3 times” Who is my feature husband?”. In mirror will appear ghost of husband. 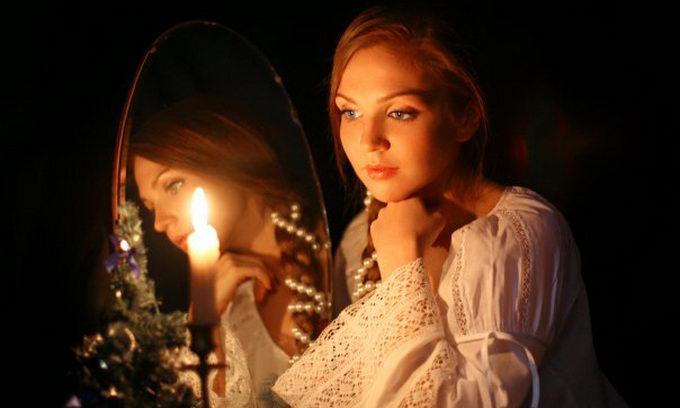 Girls go on the street and ask the first man, that they see, what is his name. Such name will have their husband. The most ancient divination is to write on little pieces of paper the men’s names and put it under the pillow. In the morning drag out one piece, that name is of your sweetheart. 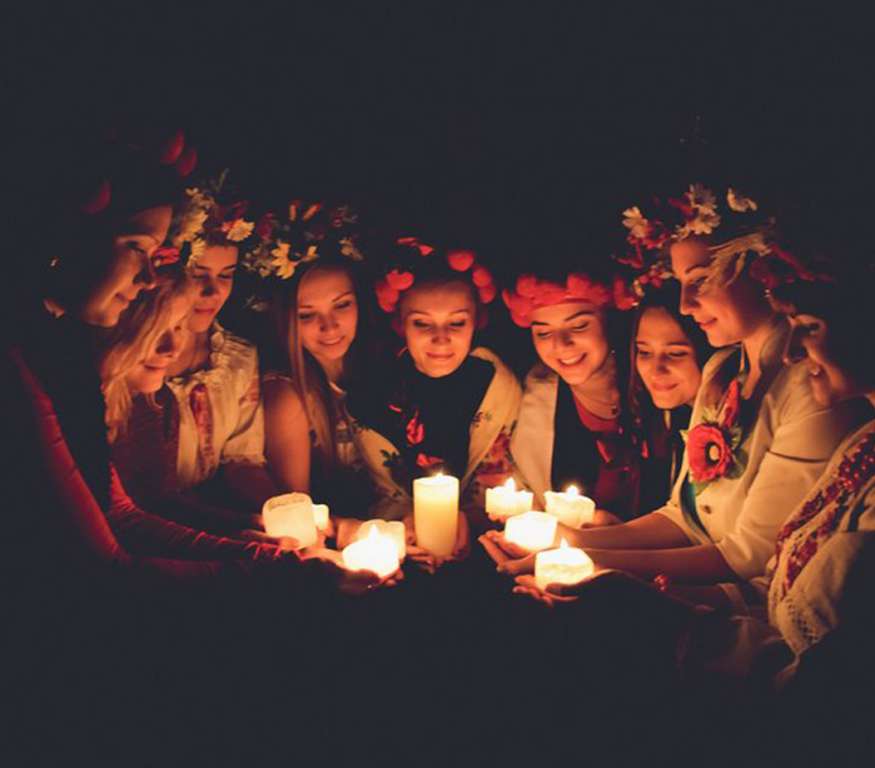 Christmas is by far Ukrainians’ favorite holiday. But even for Christmas, we manage to bring in so many ancient rituals, that at times the line between the religious and the pagan becomes quite blurry and makes it hard to differentiate. First of all, most Ukrainians belong to the Eastern Orthodox Church and follow the Julian calendar. Your second Ukrainian Christmas will be in the house on January 7th. This leaves you with an amazing opportunity to visit Ukraine and to catch the Christmas holiday twice! Besides caroling, Ukrainians love to dress up and take part in improvised Christmas plays. Wander along the streets of Lviv on January 7th, and you’re bound to meet the Devil, Death, the three Kings and the Mary herself. Sometimes we go off the scenario a little and add a sprinkle of sarcasm and humor to spice things up! 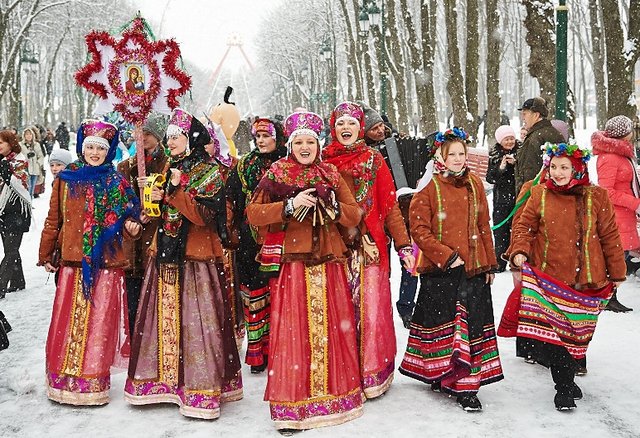 If you happen to be so fortunate about share Christmas Dinner with a Ukrainian family, that cook 12 dishes. Don’t surprise if the honorable entrance of kutya is accompanied with inspired mooing, wailing and barking from under the table. The household’s kids are trying to bring in the good harvest and rich herds of animals. So go ahead and join in! 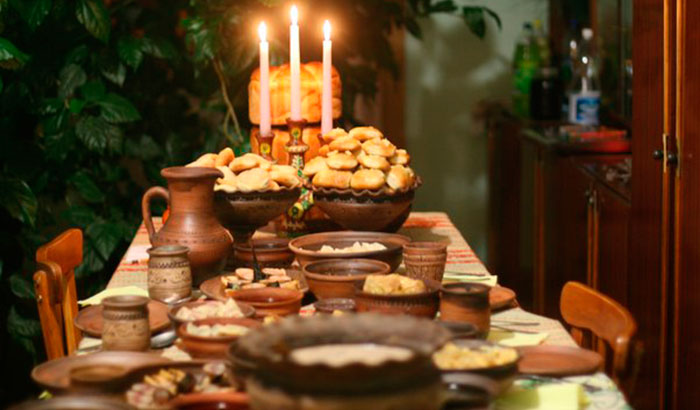 In Ukraine, we love to celebrate so much, that we’ve even made sure we have two New Year’s Eves. The first one follows the Gregorian calendar and falls on January 1st when we join in with the rest of the world in the craziness of fireworks and midnight parties. The second one follows the Julian calendar and falls on January 14th, leaving us plenty of time to rest after the all-night dancing of the first New Year’s Eve and… do it all over again! 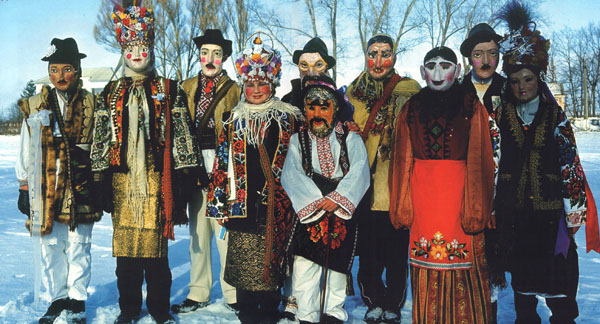 This time, we throw in a few more of our strange ancient customs and hold the vibrant ‘Malanka’ celebrations on the ‘Old New Year’ (yes, that’s how we call it). On this night you will join crowds of young people walking around people’s houses, caroling, playing pranks and acting out small Christmas-related plays. Some single guys dress up in women’s clothes and lead the troop around town as “Grandma Malanka”. Men who aren’t a fan of wearing women’s clothes for kicks can choose from the more masculine roles of the Goat or the Grandpa. As locals will tell you – Old New Year’s Eve is one of your last chances to go wild and have fun before 40 days of somber fasting for Lent arrives. Go to Ukraine and have a tour of Ukrainian villages. 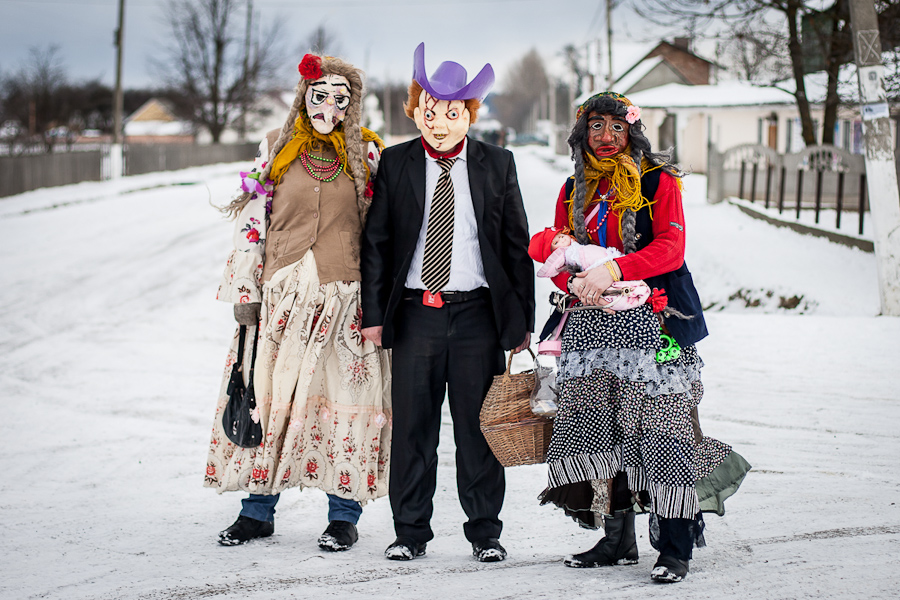 Our history was very hard, but our people always were brave. They protected our customs and traditions. Have Ukraine Tour and dive in our rich culture.